Covid – 19 and the FCA test case Supreme Court decision – what does it mean for reinsurance recoveries? 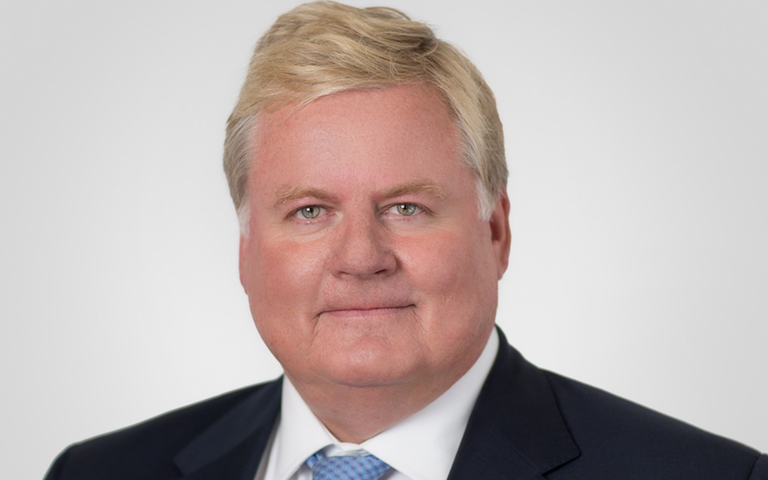 As the dust settles on the Supreme Court decision in the FCA Business Interruption test case, and insurers count the cost of the claims they will have to pay, their thoughts will surely turn to potential reinsurance recoveries and the often thorny question of aggregation. Alex Booth and Tim Brentnall look at some of the issues.

Given the relatively small size of most individual BI claims in issue, insurers are likely to need to aggregate to trigger recoveries, but has the Supreme Court decision made those arguments harder?

Key to the Supreme Court’s decision is the view of the majority that each individual case of disease is properly regarded as a separate insured occurrence, unlike the decision of the High Court at first instance which treated Covid – 19 itself as the insured peril, with individual outbreaks being indivisible parts.

The meaning of ‘occurrence’ in the context of the sample wordings in the test case was considered by the Supreme Court. Disease clauses might require for example ‘occurrence of a Notifiable Disease within a radius of 25 miles of the Premises’. The Court noted the line of insurance law cases which have decided over the years that ‘occurrence’ is synonymous with ‘event’, being ‘something which happens at a particular time, at a particular place, in a particular way’. In their view, a disease which spreads is not something that occurs at a particular time and place and in a particular way: it occurs at a multiplicity of different times and places and may occur in different ways. Nor did the Supreme Court accept that an ‘outbreak’ of disease could be regarded as one occurrence, unless the individual cases of disease forming the outbreak have a sufficient degree of unity in relation to time, locality and cause. So ‘if several members of a household were all infected with Covid – 19 when a carrier of the disease visited their house on a particular day, that might arguably be described as one occurrence. But the same could not be said of the contraction of the disease by different individuals on different days in different towns from different sources. Still less could it be said that all the cases of COVID-19 in England (or in the United Kingdom or throughout the world) which had arisen by any given date in March 2020 constituted one occurrence’. Those cases constitute thousands of separate occurrences.

Other test case wordings, such as some of those used by QBE which described cover as being for loss resulting from interruption or interference with the business in consequence of an ‘event’, being the occurrence of notifiable disease, did not lead to any different result in the Supreme Court’s view – in contrast to the view of the court at first instance. There was no relevant difference in meaning between ‘occurrence’ and ‘event’ (and also nothing significant in the use of the word ‘incident’ elsewhere in the clauses).

So, where does this leave aggregation arguments? No doubt it will be said that the Supreme Court’s views were expressed only in the context of construing and considering causation in respect of the underlying BI insurances, but where reinsurance aggregation is based on ‘event’ or ‘occurrence’ language, eg. ’each and every loss and/or series of losses arising out of one event’, their reasoning seems to have made it very difficult to aggregate BI claims on the basis of a Covid outbreak as the aggregating factor, in all but the most limited circumstances. The minority, led by Lord Briggs, came to a different view. He said that depending on context, the word occurrence can properly be applied to happenings which do not take place at a single specified time, in a particular way and at a particular location, giving the example of a hurricane, storm or flood which might be described as an occurrence even though it takes place over a substantial period of time, and over a changing area. In Lord Briggs’ view, ‘occurrence’ is not an inappropriate word to use about a pandemic disease as a whole, although he accepted ‘it may be a pointer of some weight to an individual case analysis’.

At the end of the day however, Lord Briggs (and Lord Hodge who agreed with him) were in the minority, and he accepted that the analysis of the majority was a readily available construction of the clauses. Lord Briggs’ thoughts on ‘occurrence’ also go rather against the grain of insurance authorities equating occurrence with event, that the majority cited. His views on their own will therefore be unlikely to give much of a leg-up to arguments for event/occurrence aggregation on the basis of a covid outbreak.

As with disease clauses, the Supreme Court found that the word ‘occurrence’ should be given its ordinary meaning of something which happens at a particular time, at a particular place and in a particular way, with each individual case of disease being an occurrence. But unlike the disease clauses, hybrid and prevention of access clauses specify more than one condition which must be satisfied, in a causal sequence, in order to trigger coverage. For example, in a hybrid clause this might be (A) an occurrence of a notifiable disease which causes (B) restrictions imposed by a public authority which cause (C) an inability to use the insured premises which causes (D) an interruption to the policyholder’s activities.

Might particular government restrictions be argued as being an aggregating event, being imposed at a particular time and place, and in a particular way? Or possibly even government instructions preceding such legal restrictions, per the Supreme Court’s view that imposition of a restriction connotes compulsion but not necessarily the force of law. The Prime Minister’s statement on 20 March 2020 that certain named businesses should close was, in the Supreme Court’s view, capable of being a ‘restriction imposed’ regardless of whether it was legally capable of being enforced.

This may itself be the source of disputes – some government restrictions were very broad in scope such as the prohibition against people leaving the place where they were living without reasonable excuse, whereas others were specific to particular categories of business. Some restrictions were revoked and replaced with other, more extensive restrictions, and lockdowns were imposed, lifted and re-imposed. The Supreme Court’s judgment has left over for future agreement or further argument the question of whether general measures such as the stay at home instruction might constitute ‘restrictions imposed’.

Even in relation to the disease clauses, the government restrictions play a part in the Supreme Court’s analysis of causation. They concluded that, on the proper interpretation of the disease clauses, in order to show that loss from interruption of the insured business was proximately caused by one or more occurrences of illness resulting from COVID – 19, it is sufficient to prove that the interruption was a result of government action taken in response to cases of the disease which included at least one case of COVID – 19 within the geographical area covered by the clause, with each individual cases of illness being a separate and equally effective cause of the government action.

Cause-based aggregation language, for example where losses are attributable ‘directly or indirectly to one cause’ or by reference to the same ‘originating cause’ requires a wider search for the cause that underpins the individual losses in each case. In Axa v Field (1996) Lord Mustill stated that the word “originating” opened up the widest possible search for a unifying factor in losses which it is sought to aggregate.

Might Covid – 19 itself be the cause for aggregation purposes? The Supreme Court’s approach to causation is that the occurrence of each illness sustained as a result of Covid – 19 is a separate peril, and thus potentially a separate cause of loss for the purpose of the BI insurances they were considering. However, they talked also in terms of the underlying or originating cause of any local occurrence of disease being ‘the global COVID – 19 pandemic’, potentially opening up very broad aggregation possibilities.

As insurers assess and pay their underlying claims, the focus of aggregation disputes will become clearer. And of course, for some insurers looking at broader aggregation issues, the problem will not be getting over the deductibles but hitting reinsurance limits. One thing we can be sure of – there will be many arguments to come.

Presented 26 January 2018
A new year and another round of regulatory pitfalls to keep Senior Managers and Compliance Officers well and truly on their toes. In this talk we aim to demystify the Senior Managers & Certification Regime and to give a guiding hand as to obligations, duties and steps required by 2018’s brand new regulatory pitfalls in the form of the GDPR and the Insurance Distribution Directive.
Read More >>

We use cookies on our website to give you the most relevant experience by remembering your preferences and repeat visits. By clicking “ACCEPT ALL”, you consent to the use of ALL the cookies. However, you may visit "Cookie Settings" to provide a controlled consent.
Cookie SettingsREJECT ALLACCEPT ALL
Manage consent

This website uses cookies to improve your experience while you navigate through the website. Out of these, the cookies that are categorized as necessary are stored on your browser as they are essential for the working of basic functionalities of the website. We also use third-party cookies that help us analyze and understand how you use this website. These cookies will be stored in your browser only with your consent. You also have the option to opt-out of these cookies. But opting out of some of these cookies may affect your browsing experience.
Necessary Always Enabled
Necessary cookies are absolutely essential for the website to function properly. These cookies ensure basic functionalities and security features of the website, anonymously.
Functional
Functional cookies help to perform certain functionalities like sharing the content of the website on social media platforms, collect feedbacks, and other third-party features.
Performance
Performance cookies are used to understand and analyze the key performance indexes of the website which helps in delivering a better user experience for the visitors.
Analytics
Analytical cookies are used to understand how visitors interact with the website. These cookies help provide information on metrics the number of visitors, bounce rate, traffic source, etc.
Advertisement
Advertisement cookies are used to provide visitors with relevant ads and marketing campaigns. These cookies track visitors across websites and collect information to provide customized ads.
Others
Other uncategorized cookies are those that are being analyzed and have not been classified into a category as yet.
SAVE & ACCEPT
Scroll to Top